Board Member Shoni Litinsky Named one of the Uniter’s 30 under 30! 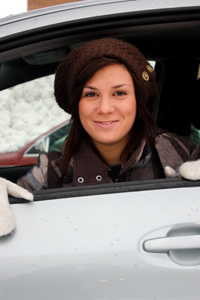 At 25, Litinsky is the youngest member of the co-op’s board.

In the planning stages, trying to figure out the needs of car drivers was a bit of a challenge, given that none of them actually drove cars. But with no knowledge of how to start a co-op, or any kind of business, they went ahead.

“There was this group of people that really believed in something,” she says.

After three years, they now have 65 members sharing three cars. Litinsky hopes the project will grow beyond the Osborne Village neighbourhood.

“I hope to see a shift away from people clinging to their own vehicle,” she says.

Getting more kids to go to school the way their parents did, by foot or bike, takes more than just inspiring the students – it involves creating a community where parents feel it’s safe for kids to travel on their own.

A big step for the program has been getting the city’s transportation planners and traffic engineers to care about creating safe routes to school.

Litinsky believes active transportation is not about losing something, but being healthier and more connected to community.

“(It’s about) sustainable happiness, making your choices so that you’re happy, but they’re better for the world and your community, and yourself,” she says.”